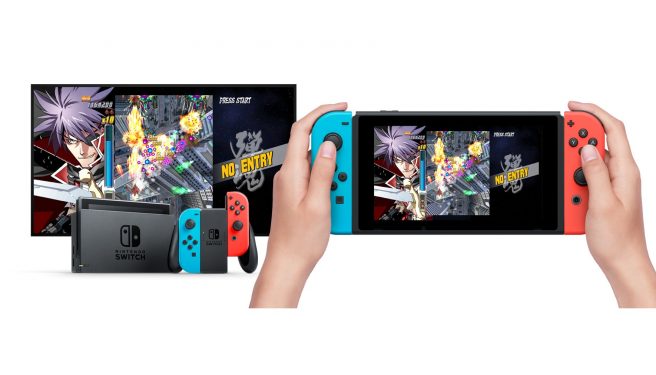 Mages revealed today that it will publish Tachyon’s shoot ’em up games Bullet Soul and Bullet Soul: Infinite Burst on Switch. Both titles are lined up for release on September 9, 2022, though Japan will be getting them slightly later on September 22.

Here’s an overview of both games:

A brand-new recipe for the shooting genre which blends classic shooting game design with a generous dash of modern day bullet-hell and flashy pyrotechnics: this soul food dish has it all! Play for survival and learn how your enemies behave, then switch to a more aggressive play style, and see your score sky rocket: destroying enemies at close quarters to build your multiplier, and see their bullets rendered harmless. Scour the stages for secret bonuses to push your score to even greater heights.

Bringing even more heat are Resonator: the moniker of aural wizards Kenji ‘Itoken’ Ito (Romancing SaGa series) and Kohta Takahashi (Ridge Racer and Ace Combat series), setting fire to your speakers with their tunes. Last but not least, Akio Watanabe lends his skills to the scene, bringing forth some fresh character designs.

Mecha-warl, an empire of evil, who would use their military might to conquer space itself.
This is the tale of the brave few who stood against their threat.

Zenichi, the lone space pirate out for revenge.
Yun, the galaxy patrol officer charged with wiping out Mecha-warl.
Sadahl, the monarch who would challenge Mecha-warl in a bid for glory.
And Loop, continuing the battle for Earth, long after its defeat.

Bullet Soul is back with a new recipe: Burst! The same aggressive, bullet-cancelling gameplay, flashy pyrotechnics and addictive action, but now with refined level design, more modes and more destruction! Shooting fans of all abilities, it’s time to welcome back the true spirit of Japanese shooting games!

Infinite Burst takes the basics of Bullet Soul and adds two major enhancements: first, Burst Mode with it’s overhauled level design, brand new coin-collecting mechanics and the eponymous Combination Burst system. Secondly, Loop, the bonus character, is now available across all modes. In addition, Normal and Caravan modes have been redesigned and rebalanced with new enemies and attack patterns and when Musou (or Infinite Burst) Mode is unlocked, you can rain down destruction with the titular Infinite Burst.

The resident musical chefs, Kenji Ito and Kohta Takahashi return and this time they’ve brought Jake ‘Virt’ Kaufman to add his own blend of spice to their aural feast!

Mecha-warl, an empire of evil, who would use their military might to conquer space itself.
This is the tale of the brave few who stood against their threat.

Zenichi, Yun, Sadahl and Loop begin their struggle to once more rid the galaxy of this threat.

A handful of videos for Bullet Soul and Bullet Soul: Infinite Burst can be seen below.

Bullet Soul and Bullet Soul: Infinite Burst will mostly be a digital release on the Switch eShop for $19.99. In Japan, Mages will be offering the Bullet Soul Double Soul Pack limited edition. Copies come with a special box featuring an illustration from Akio Watanabe, a soundtrack CD, and a booklet with interviews.

The official site can be found here.