Bunny Park to be released on Switch 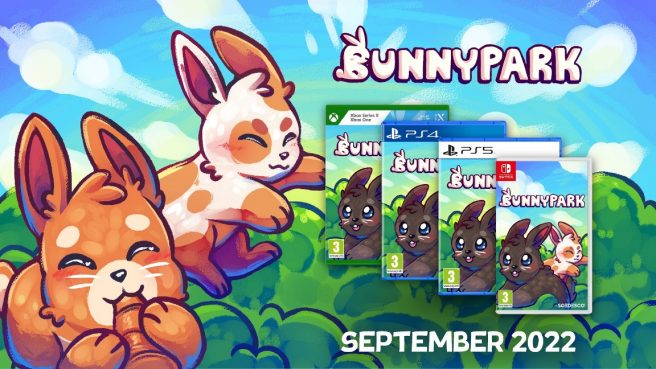 Publisher SOEDESCO, along with developer Cozy Bee Games, are teaming up to bring Bunny Park to Switch. The sim title is due out on the console sometime in September.

Here’s an overview of the title with more information:

Bunny Park is developed by solo independent developer Éloïse Laroche also known as Cozy Bee Games, creator of Lemon Cake, Alchemy Story and The Ranch of Rivershine. The game was initially released on January 14, 2020 on Steam. In the game, players build their own nature park and care for their bunnies while decorating it to increase its popularity. The higher the rating of their bunny park, the more bunnies they can attract and collect.

Choose from a range of different decorations and toys to create a charming park! Expand your park and increase its rating to attract new bunnies. Be sure to pet your bunnies to keep them happy, but don’t wake them up! Bring all the bunnies home, each with their own pattern and personality.

– Build and decorate your own nature park
– Care for your bunnies with snacks and pets
– Create a popular, cozy and cute park
– Complete your bunny collection

Bunny Park is planned as both a physical and digital release on Switch when it arrives later this year.