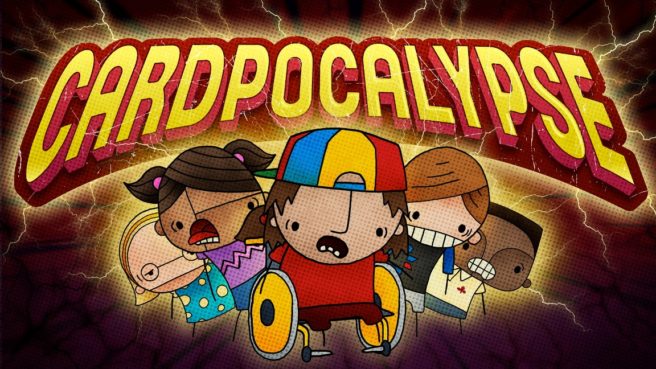 Cardpocalypse is on the way to Switch, publisher Versus Evil and developer Gambrinous announced today. A release date is not yet confirmed.

Versus Evil described Cardpocalypse as a “single-player card game where you change the cards and the rules as you play, delivered within a charming school-based narrative.” Find some additional information and a trailer below.

Join 10-year-old Jess and her friends on the worst day ever. Everyone in school is obsessed with ‘Mega Mutant Power Pets’, the hit card game based on their favorite show! A little too obsessed – the grown ups have just BANNED the game. Uh oh.

At least you can keep playing when the grown ups aren’t watching. But strange things are afoot as monsters from Power Pets start to appear in school. Time to challenge them to a game of cards to save your friends, the school, and maybe even the world!

– Make new friends, deal with bullies, dodge teachers and more in this charming character-led story
– Play the fully-featured collectible card game ‘Mega Mutant Power Pets’ within Cardpocalypse
– Build up your card collection by trading, befriending, or defeating your classmates
– Change the cards themselves as you play! Add stickers, scribble on them, tear them up!
– Add new rules to the Power Pets card game as you play. Your decisions will create a card game & card collection unique to your playthrough.