Castle of Shikigami 2 launching on Switch in December 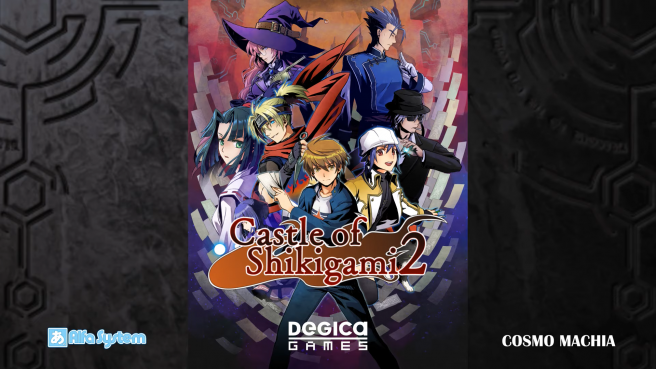 Degica Games’ arcade classic Castle of Shikigami 2 is coming to Switch in December 2021. This shoot ’em up was originally released in arcades and on the GameCube in 2003, but this version will be upgraded with new modes and story localization.

The exact date of the release is not given (just the vague December 2021), but more details will surely come in the coming months. In the meantime, a trailer for the game is included below, as well as a description of the game from its Steam Page.

In 2006, a “twisted castle” suddenly appeared in the sky above Tokyo. A variety of stories unfold around the god-hunting armaments housed in this gigantic castle. The second installment of the dramatic shooter that gained popularity in the arcades is now coming to Steam with +α elements!

Players choose one of seven (+1?) characters, each with different unique abilities, and use their shots, special Shikigami attack, and bombs to destroy the enemy. The unique backgrounds of each character are intricately intertwined, creating an interesting storyline for the shooter.

In between of total 5 stages, different demos (stories) will be played for each character, and when playing with two players, a completely different story unfolds depending on the combination of characters used, all of which are fully voiced (in Japanese).

New Entry Mode
Revamped enemy placement in all stages, lots of changes that will surprise even the most experienced!

Brand New Translation
We know everyone is waiting for this!

Dramatic Change Mode
Operates with 1P switching between characters, and you get the same demo as when there’s 2P!