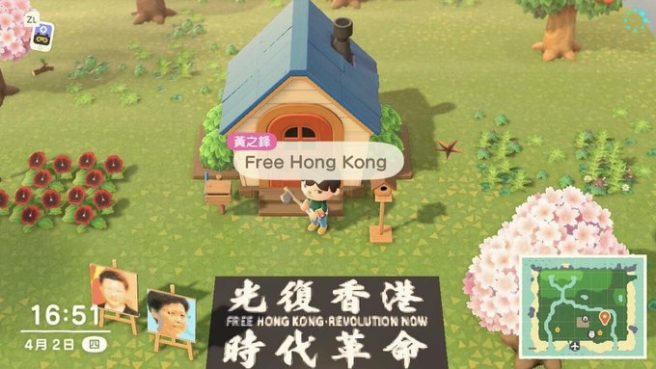 News outlet Bloomberg has reported that the import of copies of Animal Crossing: New Horizons have now been banned in China. With the Coronavirus lockdown in full swing, the game has been a welcome way to socialize with other people amid the harsh rules on staying home and social distancing. While there isn’t an official guideline on why the sale of the game has been banned, it is likely due to the political statements circulating by players online.

Retailer Alibaba’s e-commerce platform Taobao have received instructions to stop the import of the game entirely, impacting not just the software, but all physical merchandise related to the franchise as well. In a statement on Twitter, avid democracy campaigner, Joshua Wong, said he was playing the game and that the movement had shifted online. Here’s another direct statement from Wong:

“Animal Crossing is a place without political censorship so it is a good place to continue our fight.”

While an official release of the game has not gone live in China, imported copies do have an option for Chinese text. If the game is to ever be localized, it’s incredibly likely that creative features like the pattern editor will be removed from the Chinese version. Political slogans aside, Chinese players seem to have really fallen for Animal Crossing’s easygoing social aspects, with Switch hardware sales seeming to be spurred on by the title.