Chronos: Before the Ashes announced for Switch 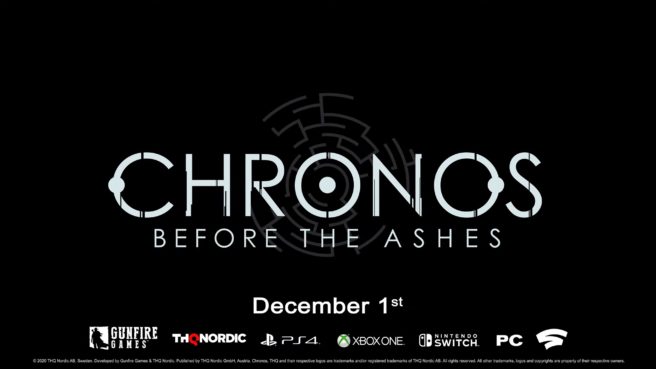 THQ has announced Chronos: Before the Ashes, which by all accounts should be Gunfire Games’ atmospheric RPG originally released in 2016. Although it was designed for VR, this version will presumably ditch that feature.

Here’s an overview of Chronos, along with a teaser trailer for the new “Before the Ashes” version:

Chronos is an atmospheric RPG that chronicles one young hero’s lifelong quest to save their homeland from a great evil. Central to this quest is an ancient labyrinth, which holds the secrets necessary to restore life and peace to their home. However, the architects of this labyrinth designed it to open only once a year. The labyrinth is a test, and each time the hero fails they are cast out and must wait one year to return.

– Adventure RPG – Refreshing combination of Adventure Game elements and RPG mechanics.
– Unique leveling mechanic – Each journey into the labyrinth cost the Hero a measure of his life. Player’s must adapt to their advancing age as they progress their character; start the game young , nimble and quick, and end wise and more attuned to magic.
– Unlock the Secrets of the Labyrinth – There are many mysteries behind the origins of the labyrinth. Who built it? Why did they build it? What does it do?

Chronos: Before the Ashes launches for Switch on December 1.