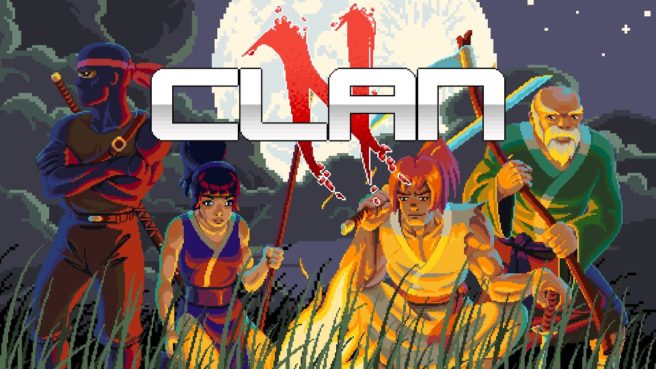 Creamative has set a final release date for its beat ’em up game Clan N. It’ll be out on Switch on August 6, the studio announced today.

We have the following overview and trailer for Clan N:

Fight alone or with your friends, master the art of battle and bring peace back to the land in this arcade inspired epic brawler!

Clan N is a beat’em up game which combines the classic arcades gameplay with today’s modern brawlers. With a fast paced nature, you have to dodge, block and use your light, heavy and special attacks wisely to progress. With an ancient far east theme, you’ll get challenged across 7 different levels with many different enemies, Mid/End level bosses and casual mini games integrated into main gameplay.

Features
– A fast paced beatemup which combines the classic arcades gameplay with today’s modern brawlers.
– A main story with 7 levels divided into more than 50 sections.
– Levels contain casual minigames which are tightly integrated into the main story and can be played separately as well.
– Can be played as local or online coop with up to 4 players.
– A slick and clean pixel based graphics with accompanying far east inspired music and sfx.

Clan N will be sold digitally for Switch via the eShop.