Colt Canyon getting a physical release on Switch 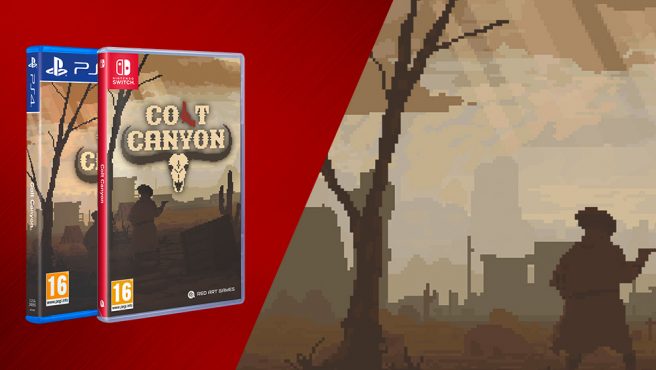 Red Art Games has announced its latest physical release on Switch, with the company preparing a boxed edition of Colt Canyon. 2,900 copies will be made available.

Colt Canyon, a 2D pixel art shooter, originally debuted on Switch in June 2020. Headup Games and Retrific have thus far only made the title available digitally on the eShop.

Colt Canyon is a 2D pixel art shooter where you control a cowboy, or one of the many other unlockable characters, whose mission is to save his kidnapped partner from the ruthless bandits. Take your gun and TNT and shoot your way through a hostile canyon full of hidden treasures, weapons, obstacles and all kinds of bloodthirsty scum.

Maybe you can save more people than just your partner. But watch out. Once you got your partner your job is not done. You’ll also have to get back home…

Pre-orders for the physical version of Colt Canyon open on July 7 via Red Art Games here. Copies should ship in Q4 2022.