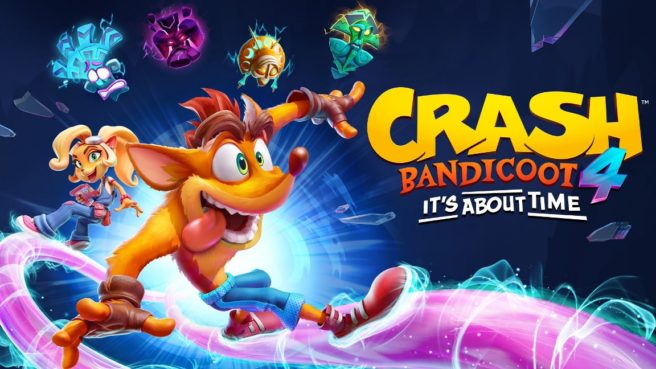 Crash Bandicoot N. Sane Trilogy and Crash Team Racing Nitro-Fueled are both out on Switch, and by all accounts, they did pretty well. It was therefore a bit of a disappointment to see that Crash Bandicoot 4: It’s About Time – the latest entry in the series – was not announced for the console as part of the initial reveal. There hasn’t been anything confirming a Switch release, but eagle-eyed fans have spotted something that gives a little bit of hope to cling on to.

Over on the official website for Crash Bandicoot 4, PlayStation 4 and Xbox One are the only listed systems. However, in the site’s source code, the platforms category also includes Switch. It’s unclear if this was merely a mistake or is a sign of future plans.

One possibility is that we could see Crash Bandicoot 4: It’s About Time on Switch down the road. Activision has brought releases to Switch well after their initial launches as we saw with Crash Bandicoot N. Sane Trilogy and Spyro Reignited Trilogy. The company has also said it is “still evaluating additional platforms for a future date”.

More: Activision, Crash Bandicoot 4: It's About Time, Toys for Bob