Croixleur Sigma getting a physical release on Switch 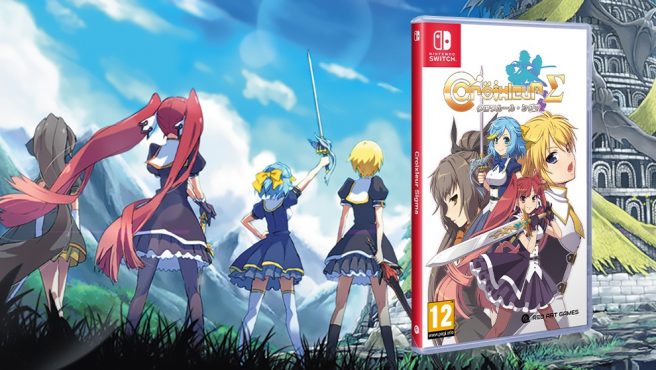 Red Art Games is readying a physical version of Croixleur Sigma for Switch, the company has announced.

The title initially appeared on the eShop in 2018. It had never been offered as boxed version, but that’ll soon be changing.

Wielding magical blades, four girls fight back encroaching waves of monsters in this exhilarating hack & slash action game! Featuring various battle styles and a variety of weapons to mix and match (up to four) to develop your own unique fighting style.

This 360-degrees high-speed action is filled with exhilaration and has been highly evaluated across different platforms. Choose one of four girls and defeat a series of monsters occupying a variety of different arenas using various combos, speedy dashes and aerial attacks.

Communication Mode:
Hang out and interact with the characters in the game.

Score Attack Mode:
Text your speed and skills, see how high of a score you can get in three minutes.

Survival Mode:
Challenge wave after wave of monsters for as long as you can. The game will only end when you run out of HP.

Dungeon Mode:
Adapt quickly as you face 50 floors of enemies while your weapons break and the clock counts down.

Challenge Mode:
Take on a variety of different trails where you have to clear certain conditions within a certain time limit.

Training Mode:
Get familiar with the game and practice to improve your time and skills in the game.

The physical version of Croixleur Sigma is now up for pre-order through Red Art Games. You can secure a copy on the company’s website here. Only 2,900 units will be made, and copies should ship in Q1 2022.