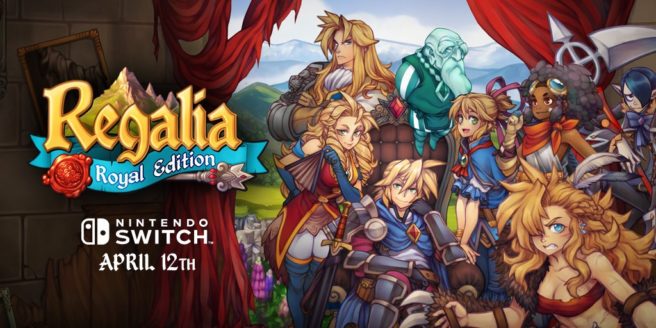 Crunching Koalas is still tinkering away on Regalia: Of Men and Monarchs. In a news post sent out to Switch owners today, the company offered some advise regarding how players can go about improving load times and outlined what’s in store for the next patch (version 1.0.2).

We are aware that patch 1.0.1 has not solved all the technical issues and we wanted to assure you we’re working full-force on improving the stability of the game and making the loading times shorter. We hope to get these things improved as soon as possible.

We performed some tests that indicate the loading times are much longer if the game is installed on an SD memory card, and they hugely depend on the performance of the memory card. That’s why we recommend installing the game in the console’s internal memory, especially for new players. Please note that reinstalling the game from your memory card to your internal console memory will NOT delete your game progress.

We have just finished working on Patch number 1.0.2, submitted it for review, and it should be available for download in a few days. The patch will:

– Add an option to auto load scenes without having to press the “A” buttom, which should result in shorter loading times. This option will be turned on by default.
– Fix an issue in Esther’s Heart of Glass quest.
– Improve controls and cursor movement for players with used up analog sticks.
– Add “ZL” and “ZR” icons if there are more than one actions available during exploration.
– Replace the “Press B to Restart Battle” option with “Hold B to Restart Battle”.
– Fix a few minor issues.