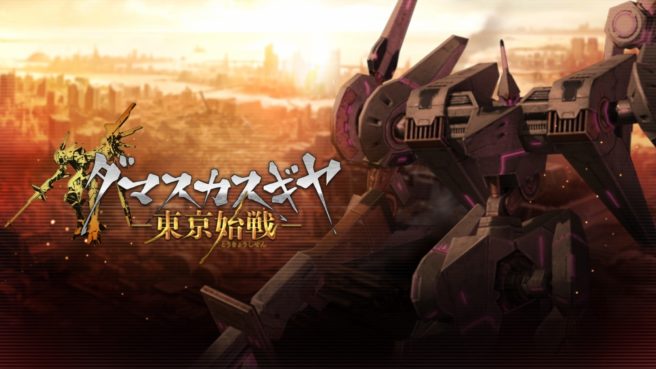 Arc System Works will soon be putting Damascus Gear: Operation Tokyo on Switch, a listing on the Japanese eShop reveals. A release is planned for March 1, and it’s possible that the title will be distributed overseas soon as well.

Damascus Gear: Operation Tokyo is a mech-action RPG that has previously appeared on other platforms. We have an overview from the original English launch below, along with a Switch trailer.

In the year 2042, the genius scientist Dr. Yui Rich Atsuga unveiled her greatest invention. After that, the world was never the same.

This was the name given to the groundbreaking power system that allowed vehicles to surpass all prior speed and mobility limitations. Scientists around the world scrambled to utilize the highly advanced technology for themselves. With the new system, they built pilotable humanoid robots. These bipedal walking robots, once a distant dream, could outspeed ordinary vehicles. They possessed greater agility than humans, thanks to balancers utilizing the system, and a race to build the best units had begun. These robots were known as [GEAR], derived from the name of the system that unlocked their potential.

…However, Dr. Atsuga’s invention would ultimately lead to humanity’s extinction.

The [GEAR] turn on their human masters. Within two weeks, 80% of the world’s population is annihilated. The remnants of humanity have been forced to live underground.

In order to fight these rogue machines, mankind turns once again to the [GEAR System]. The fate of humanity rests on the upcoming war to recapture the surface. Can the technology that destroyed their civilization be the very thing that gives it a second chance?

– Take part in over 50 pulse-pounding missions in a variety of urban environments
– Upgrade and customize your GEAR with 500+ items to best suit your combat style
– Salvage special parts and weapons from defeated enemies, like machine guns, grenade launchers, and laser cannons
– Available DLC includes new missions and new Armor and Weapon parts for further customization