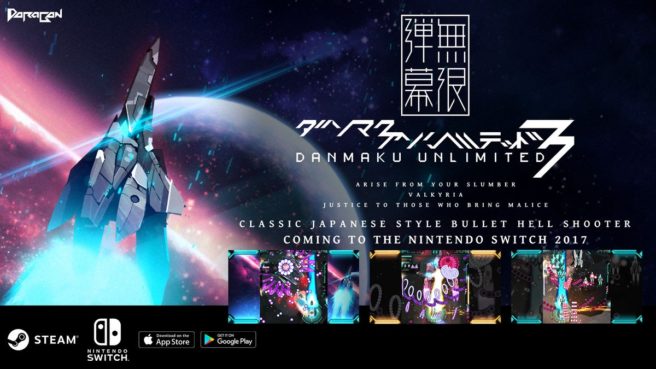 Danmaku Unlimited 3 is in development for Switch, Doragon Entertainment has announced. The bullet hell game will be released on Switch later this year.

Inspired by legendary classics like Ikaruga, Dodonpachi and Touhou, Danmaku Unlimited 3 is a lovingly crafted medley of the best aspects of Japanese bullet hell games, but with an innovative twist that makes it an accessible package perfectly suited as a gateway into the world of Bullet Hell. Initially available on PC/Steam, the series is now for the first time ever heading to console on the Nintendo Switch!