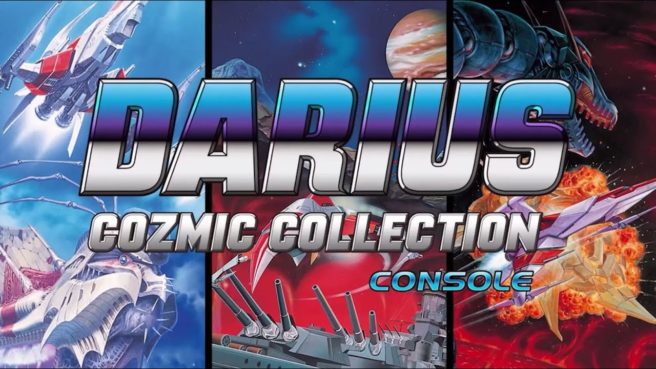 Here’s an overview of both collections plus trailers for each:

Darius is one of the pioneers of side-scrolling shoot ’em up games, developed by legendary Taito Corporation and first released for arcade machines in 1986.

Experience one of the most influential horizontally scrolling shoot ’em up series of all time!

Developed by the legendary Taito Corporation and first released for arcade machines, the monumental Darius Cozmic Collection Console offers six of the best console entries in the long-running series in a total of 9 versions!