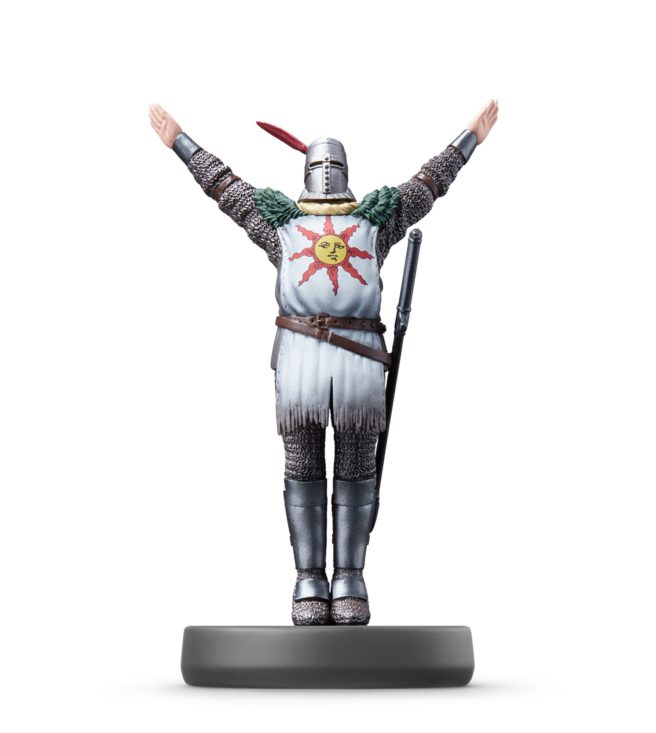 SANTA CLARA, Calif., (March 8, 2018) – BANDAI NAMCO Entertainment America Inc. today confirmed that a free network test will be available for DARK SOULS™: REMASTERED prior to the game’s launch as well as an amiibo™ figure based on Solaire of Astora to be available on launch day. DARK SOULS: REMASTERED, the remaster of the genre-defining and beloved original DARK SOULS game will be available on May 25, 2018 for the PlayStation®4 system, Xbox One, Nintendo Switch™, and STEAM® for PC.

On May 25, 2018, Nintendo Switch fans can harness the power of the sun with the Solaire of Astora amiibo figure, available exclusively at participating GameStop locations in the United States. By tapping this amiibo on the Joy-Con™ or Nintendo Switch Pro Controller, the popular “Praise the Sun” gesture can be used with reckless abandon from the start of the game (gesture can also be obtained through regular game play). The Solaire of Astora amiibo carries a MSRP of $15.99.