The Darkside Detective coming to Switch 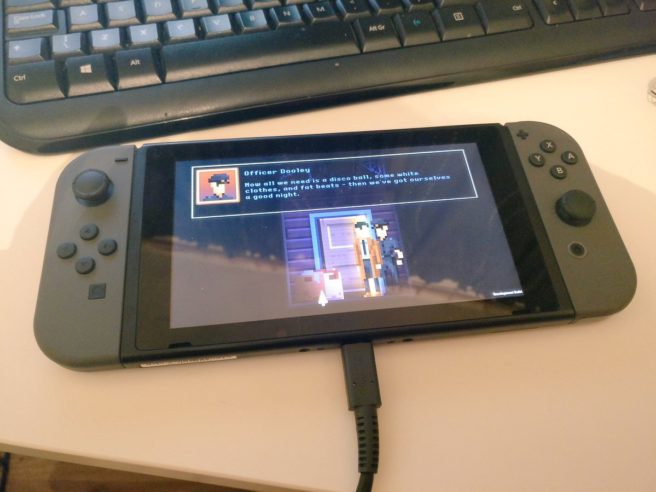 The Darkside Detective is making its way to Switch, Spooky Doorway has revealed. The developer tweeted out a shot of its game running on the system earlier this week.

The Darkside Detective only just debuted this summer. It’s a game that has you taking on bite-size investigations into the occult and extraordinary. More details can be found in the overview below, along with a trailer.

Where cultists crawl, where demons dwell, where the occult… occults? *ahem* That’s where you’ll find Detective Francis McQueen, the lead investigator of the criminally underfunded Darkside Division. When evil darkens the doorsteps of Twin Lakes City – hell, even when it just loiters around shop fronts or hangs out in shady alleyways – he’s there, ready to investigate the cases that nobody else will.
He is The Darkside Detective.

The Darkside Detective is a micro-adventure game with a distinct sense of humour. (The game) consists of a series of humorous bite-size investigations into the occult and extraordinary. It features:

– 6 cases, each more spooky than the last
– Music from Ben Prunty, the audiomancer behind gems such as FTL and Gravity Ghost
– At least three jokes
– Cutting edge, high definition pixels
– One free curse-removal, up to and including mid-level witch hexes