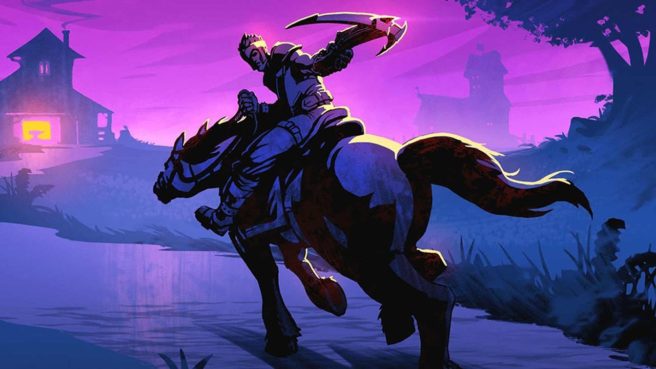 Hi-Rez Studios has brought Paladins and Smite to Switch. Could Realm Royale be next? A new datamine suggests so, as the text “Merge Nintendo crown” has been spotted in the game’s files.

Paladins and Smite were both leaked in a similar manner – that being datamines. While we don’t have an official announcement at this time, today’s news definitely suggests that Hi-Rez Studios has plans for Realm Royale on Switch.

Here’s some additional information and a trailer for Realm Royale:

Explore a fantasy world in Realm Royale, the new Battle Royale sensation. Choose your class, loot fantastic weapons and magical abilities, and work with your squad to win. Stay ahead of the deadly fog by mounting up and moving out. Will you be the last Champion standing?

Call your friends: It’s time to squad up. Help your team by dropping a Healing Totem, or fire a Flare into the sky to reveal incoming enemies. By working together as a team the crown royale could be yours.

Discover powerful abilities scattered across the Realm. Soar through the skies slinging spells while your team deploys deadly turrets and shields. Flank the enemy with the stealthy Ghost Walk, leaving behind a proximity mine for them to discover when it’s too late. Customize your Champion each game with the abilities best suited for the battle at hand.

Go traditional with shotguns and snipers, or embrace the fantasy with ice staffs, swords, and crossbows. If you want to win, you’ll need to use the Forges scattered across the Realm to craft powerful Runes, epic Gear, or bring back your fallen teammates. But be careful: While you’re crafting, your enemies may attack.

Journey through the lush jungle of Jaguar’s Claws and the scorched sands of Goblin Gulch. Visit frigid Everfrost and iridescent Fungal Forest. The best part: you don’t have to walk around this massive Realm. Just summon your mount to outrun the fog and ride into your next glorious battle!