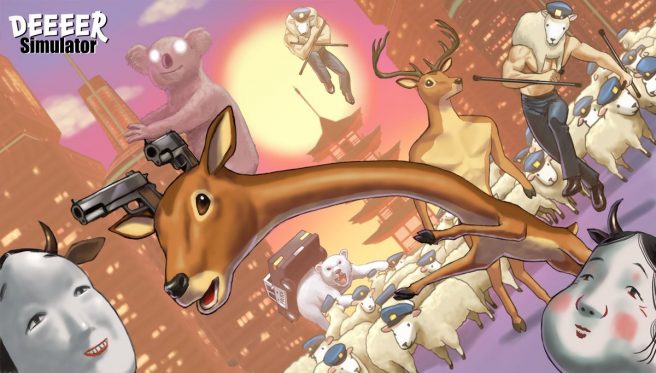 DEEEER Simulator: Your Average Everyday Deer Game is coming to Switch, publisher Playism and developer Gibier Games announced today. It will be appearing on the console starting on November 25.

Put simply, DEEEER Simulator is a “slow-life town destruction game.” You can spend your days enjoying a nice, relaxed frolic here and there together with the other animals around town, or you can choose to relieve some stress and absolutely destroy the town and everything in it. Of course, if you choose the destructive route, you may end up being chased down by police and meeting a tragic end!