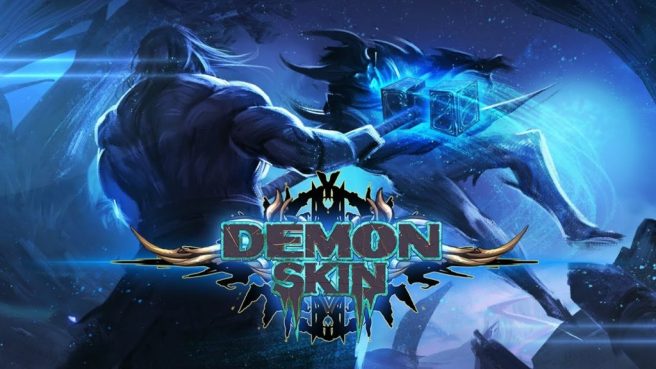 Buka Entertainment and Ludus Future dated the console version of Demon Skin this week. The brutal hack-and-slash adventure game will be out for Switch on September 30, the two companies confirmed.

When Demon Skin comes to consoles, it will include a new playable chapter. The bonus addition, accessible part-way through the main adventure, will place players into the past to explore events before the game’s cataclysmic opening scenes.

Here’s further information on Demon Skin plus a trailer:

Demon Skin is a hard-hitting dark fantasy brawler with tactical stance-based combat and perilous platforming elements, which plunges players into an epic struggle against ever-increasing odds. Smash and crash your way through deadly realms and rip weapons from the cold, dead claws of slain demons in a relentless, battle-strewn adventure brimming with devious traps and hulking bosses. Level-up your warrior, hunt down secret artifacts and master the art of juggling weapons (occasionally hurling one into a crowd to split enemy skulls, of course) until you’re unstoppable.

The demons won’t know what hit them…

– Sophisticated combat system. Improve your skills by mastering various stances for lightning-fast parrying and inflicting maximum damage with spectacular finishing moves! Keep an eye on the level of stamina and other indicators of the character’s physical condition – all these features directly affect the outcome of the battle.
– An extensive skill tree. Gain experience to learn new combos and enhance health, stamina, and attack power.
– Dozens of enemy types. From skeletons, zombies, and spiders to werewolves, lizards, and golems – fighting each of them requires a different approach.
– Huge arsenal for killing monsters. There are more than 30 types of edged and blunt weapons at your disposal and each type is only effective against a certain type of enemies. You can even destroy enemies with your bare hands – it’s not as effective but still a lot of fun.
– Secrets and artifacts. Some rare and ancient artifact weapons are hidden in the secret places of the game world. Find it to unlock the impressive super skills after achieving a certain level.
– A demon on the outside, a demon within. Collect shards of Crystal and become even stronger, build up your bone armour and turn into a fearsome demon.
– Gloomy landscapes in the spirit of dark fantasy: from the icy wastelands and deep dungeons to the twilight forests and abodes of the undead, this cruel world lives a life of its own, but terrifying creatures that inhabit it are not always hostile. On your way, you will not only meet