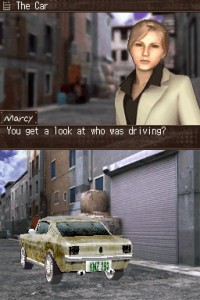 AUSTIN, Texas – August 28, 2008 Empire Interactive today announced development on Unsolved Crimes is complete. The mystery puzzle solving game will release for Nintendo DS™ on September 23, 2008. Filled with suspense, mystery and intrigue, Unsolved Crimes will be teasing brains on college campuses across the country. The game has an ESRB Rating of “T” for “Teen” and retails for $29.99.

“Unsolved Crimes is more than just a mystery-solving game with brain-teasing challenges and logical reasoning, it’s sure to please brain boosting game and core DS fans alike,” said Karim Farghaly, vice president of sales, Empire Interactive. “The appeal this title has for such a diverse audience strengthens Empire and Atari’s partnership to deliver the ultimate gaming experience.”

Fully utilizing the unique Dual Screen capabilities of Nintendo DS, Unsolved Crimes integrates three gaming elements – an action game, a 3D crime investigation and a crime quiz – to provide players with a distinctive experience. Taking the role of a rookie detective as part of the New York Police Department, players will explore the 1970’s inspired New York environments in the process of solving Betsy Blake’s mysterious disappearance. Crime is rampant in the city and Blake’s disappearance is the latest in a frightening series of events that are slowly bringing New York to its knees. With more than eight independent cases to solve in the interactive environments, players will find themselves fully immersed into the mysteries in Unsolved Crimes.