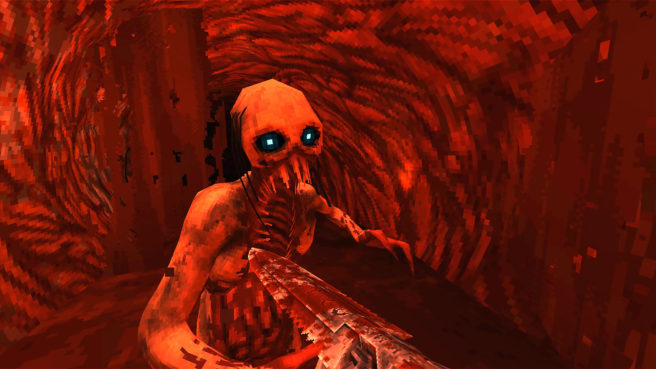 3D Realms is currently planning its first-person shooter Wrath: Aeon of Ruin for Switch. Schreiber, recently speaking with GameRevolution, indicated that getting mature titles approved by Nintendo is relatively simple.

Schreiber says that the Big N would only take issues with games that would fall under the Adults-Only-rated ESRB category – meaning “straight-up nudity and violence.” Other than that, “it’s pretty straightforward.”

“It’s a very simple process working with Nintendo these days. Back in the day, you had to go through a process where they curate what type of games they want on the platform.”

“They still kind of do that [keeping games off the Switch], but the game has to be Adult-Only rating, which games rarely get… It has to be like straight-up nudity and violence in the same game to get that rating. I think those games they keep off the platform, otherwise, it’s pretty straightforward.”

“We haven’t heard anything from Nintendo in terms of why they wouldn’t get it on [to the Nintendo Switch].”