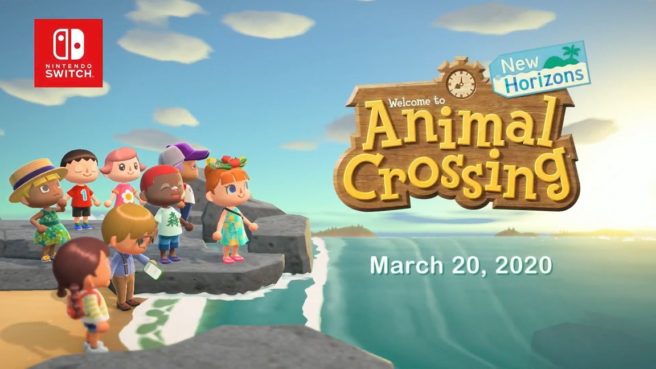 IGN spoke with Nintendo’s Aya Kyogoku and Hisashi Nogami to learn more about Animal Crossing: New Horizons. The developers shared more information about the game, such as how there won’t be direct connectivity with Pocket Camp.

– When you first arrive on the island through Nook Inc. Deserted Island Getaway Package, you’ll arrive with two or so other random Islanders who chose to participate in the package as well
– Nogami said because they invested in this package that they have as much of a right to stay on the island as you do
– Kyogoku said before they choose a spot for their home, they’ll check with you to see if it’s okay
– If you don’t like where they settle down you can tell them you don’t want to build in that particular spot and move their house location to wherever you see fit
– Different from New Leaf since you’re on the same starting ground as islanders
– After getting things started, Kyogoku said the way you develop your town in New Horizons shouldn’t be too surprising to returning fans
– The team made sure there are new elements like building an island
– After the island is there, “it develops is something that will probably seem familiar to existing fans”
– Elements and buildings of the town we unlock won’t be in the same order as New Leaf’s
– System in place to provide an opportunity to invite animals to the island, but not necessarily seek out one of Animal Crossing’s many animals
– When you first move to the Island you’ll be with two or so animals, Timmy and Tommy, and Tom Nook
– other Islanders that arrive with you can’t be forced off the island, but they can leave if it’s their wish
– Tom Nook doesn’t charge interest on loans and will patiently wait to be paid back, even if it takes forever
– Animals who join you on your adventure are also in debt to Tom Nook
– Tom Nook is reinvesting back into the community with Resident Services
– “He tirelessly works 24 hours making sure that all the residents on the island are happy and are living a good life”
– Islands pay back Tom Nook at their own pace, regardless of how fast you do
– Nook Miles: new rewards program with its own currency that Kyogoku and Nogami hope encourage both old and new players to try various kinds of activities in New Horizons
– Complete various tasks like fishing or crafting to essentially complete achievements that earn them Nook Miles
– Exchange Nook Miles for special things, like a Nook Inc. uniform, DIY recipes, and other services
– No direct connectivity with Pocket Camp, but collaboration items being planned
– Hair and facial features are also changeable
– No distinction between masculine or feminine features
– New hair and facial features to choose from