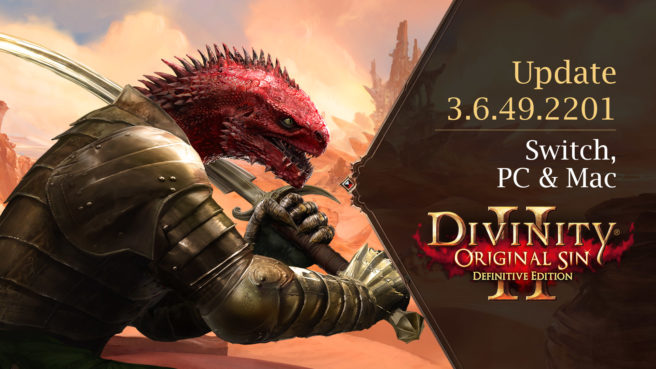 Divinity: Original Sin 2 – Definitive Edition has received a new 3.6.49.2201 update on Switch, Larian Studios has announced. It comes with “fixes for the character portraits, as well as skill or object icons, and some issues with cross-saves on Steam” in addition to “performance improvements as well as fixes for sound and audio effects.”

Larian also says it has “some major things coming up in the pipe”. What exactly the company has planned is unknown at this time.