Dollhouse for Switch out on October 29 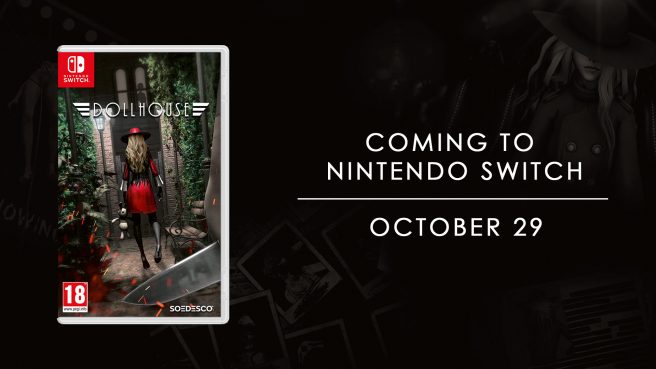 Dollhouse, which was previously confirmed for an October launch on Switch, now has a proper release date. Publisher SOEDESCO and developer Creazn Studio confirmed today that the psychological horror game is slated for October 29.

Learn more about Dollhouse by checking out the following overview:

This haunting horror game draws you into the mysterious atmosphere of film noir. Delve deep into the mind of Marie, a detective trying to unravel the secrets of her past memory by memory. Use the ‘Focus’ feature to see through the eyes of your pursuer as you try to survive a suspenseful game of cat and mouse.

While we don’t have a trailer to coincide with today’s release date news for Dollhouse on Switch, we’ve included a previous trailer below so that you can get a better look at the game.

Dollhouse will be sold both physically and digitally on Switch. You can find the official website here.