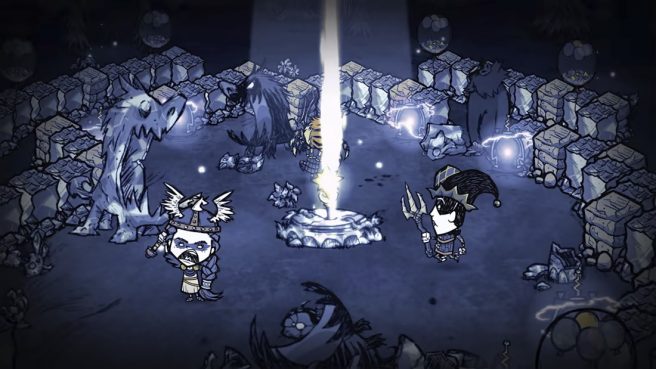 Gameplay has emerged for the Switch version of Don’t Starve Together. Earlier in the week, Klei put the title on the eShop.

Some additional information about Don’t Starve Together can be found below:

Don’t Starve Together is the standalone multiplayer expansion of the uncompromising wilderness survival game, Don’t Starve.

Enter a strange and unexplored world full of strange creatures, dangers, and surprises. Gather resources to craft items and structures that match your survival style. Play your way as you unravel the mysteries of this strange land.

Cooperate with your friends in a private game, or take your chances with strangers online. Work with other players to survive the harsh environment, or strike out on your own.

Do whatever it takes, but most importantly, Don’t Starve.

And here’s the new gameplay for Don’t Starve Together on Switch: