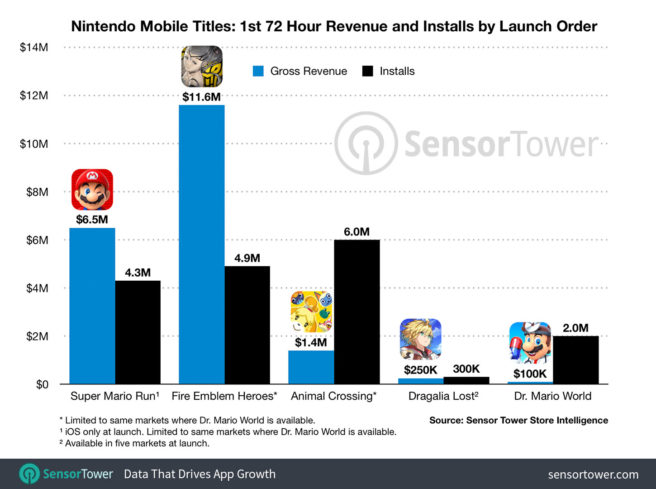 According to Sensor Tower, Dr. Mario World has seen two million installs in its first three days. Players have also spent over $100,000 on in-app purchases so far. It’s Nintendo’s lowest grossing mobile title at this point in its launch window, but Sensor Tower points out that the monetization methods are different and are most comparable to the broader puzzle genre.

A comparison chart of Nintendo’s mobile titles can be found above. Dr. Mario World’s downloads during its first three days are at about half of Super Mario Run’s 4.3 million, Fire Emblem Heroes’ 4.9 million, and Animal Crossing: Pocket Camp’s six million. While there have been seven times as many installs as Dragalia Lost, Cygames’ title only released in five markets to start.

Dr. Mario World is the top free iPhone app in Japan at present. As for the United States, it sits at #6.