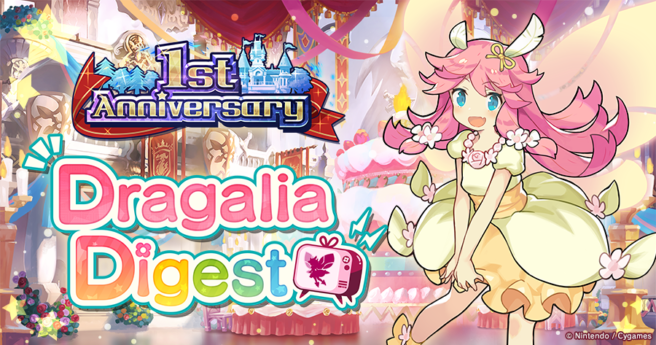 Cygames has announced that a new Dragalia Digest video will air on September 25th at 8pm CT to celebrate the 1st Anniversary of the release of Dragalia Lost.

The video is expected to be 15 minutes long and will include new information on the future of Dragalia Lost, as well as what is to be expected in the Version 1.12.0 update.

Those interested can view and bookmark the YouTube Live video below for when it goes live. In addition, new artwork from the Dragalia Lost team has been shared to celebrate the upcoming anniversary.

Just three more days until the first anniversary of the release of #DragaliaLost! Here's an illustration from the Dragalia Lost team of Hinata, Astral Imp, and Gloom Drake playing while surrounded by flowers! pic.twitter.com/bzWmaG5kzS