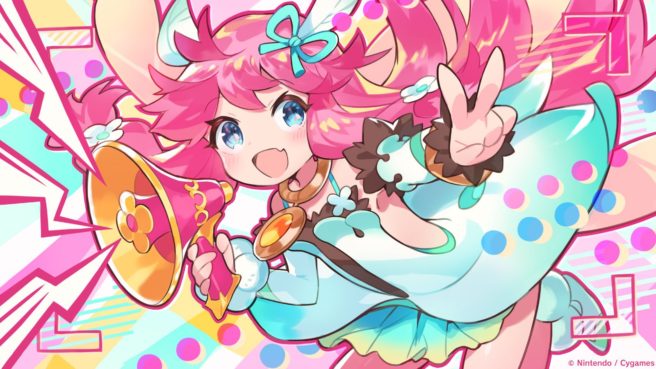 In addition, a Platinum Showcase will be available for purchase, which is a special tenfold summon that ensures at least one 5-star pickup.

Rising Circlet
Deals light damage to surrounding enemies,
and creates a buff zone that lasts for 10 seconds
and increases the strength of adventurers inside it
by 20%.

Exalted Glory
Deals light damage to enemies directly ahead,
inflicts paralysis, increases the entire team’s
strength and defense by 15% for 15 seconds,
and grants all teammates a one-use shield that
nullifies damage less than 20% of the user’s
maximum HP. This does not stack with any other
shields. The skill gauge for this skill can be
filled by attacking enemies, but it will also
gradually fill automatically. Abilities that
increase skill gauge fill rate will not affect
this automatic increase.

Shapeshifting Boost VIII
When in dragon form, adds 10% to the damage
modifier and extends shapeshift time by 20%.

Sacred Shield II
Reduces susceptibility to poison
and curses by 100%.

Draconic Charge II
Fills 50% of the user’s dragon gauge when
their HP drops to 30% (once per quest).

Ancient Ray
Deals shadow damage to multiple targets
and enemies near those targets, and
activates “Skill Shift” if the attack connects.
Initially, this skill will target three enemies.
Phase II will target four enemies, while
Phase III will target five enemies. Targets
will be chosen by their proximity to the user,
and if the number of enemies available to
target is fewer than the skill’s number of hits,
this selection process will be repeated
for the remaining hits.

Faith of the Elders
Deals shadow damage to the target and
nearby enemies, reduces their defense
by 10% for 20 seconds, and activates “Skill Shift”
if the attack connects. Phase II adds an additional
5% decrease to enemies’ strength, while Phase III
also restores HP to all allies and continues healing
over the next 15 seconds.

Magical Modification II
Using Ancient Ray grants the user the
“Altered Strike” effect. When this effect
is active, the user’s next force strike
will create a buff zone that lasts for
10 seconds and increases the strength
of adventurers inside it by 25%.
This effect cannot stack, and will be
consumed on use.

Perpetual Protection II
Reduces susceptibility to blindness
and paralysis by 100%.

Dragon Claw
Deals flame damage to enemies directly ahead,
and raises the dragon gauge if the attack connects.

Flames of Passion
Deals flame damage to enemies in a line.

Flamewyrm’s Nature II
Reduces susceptibility to burning by 100%.
When shapeshifting for the first time, Mym
will transform into Brunhilda regardless of what
dragon she is equipped with, her strength will
increase by 15% for the remainder of the quest,
and the skill Flames of Passion will be powered
up for the remainder of the quest. The second time
onwards, she will transform into High Brunhilda
instead, and her attack rate while shapeshifted
will increase by 15%.

Flamewyrm’s Defiance II
Reduces susceptibility to stun by 100%. When Mym
is hit by an attack that would have stunned her,
the skill gauge for the Dragon Claw skill fills by
50%. After activating, this gauge-filling effect will
not activate again for 15 seconds.

Cyclone Blade
Deals wind damage to the target and nearby enemies.

Wind Tactics
Activates “Gale-Clad Sword.” The user’s next three
force strikes are powered up, and can damage
far-away enemies. Also increases the entire team’s
defense by 10% for 10 seconds.

Experience’s Boon II
Grants the user an Attack Gauge and a Burst Gauge.
The Attack Gauge fills when regular attacks connect
with enemies, while the Burst Gauge is filled when
force strikes successfully connect.
For every completely filled gauge, the user’s defense
is increased. Any filled gauges are consumed when
using the Cyclone Blade skill, increasing its power.

Relentless Spirit II
Reduces susceptibility to freeze and bog by 100%.

Brilliant Bolt
Deals flame damage to enemies directly ahead,
and fires extra shots equal to the number of buffs
the user has. A maximum of seven additional shots
can be fired.

Sylvan Strength II
Increases the user’s strength by 2%
and critical rate by 1% for 15 seconds
for every 20-hit combo.

Woodland Blessing II
Reduces susceptibility to stun and sleep by 100%.

Notes: These are the stats when at maximum level with all mana circles unlocked. They do not include increases due to abilities, and they do not represent the stats when first obtained.
Adventurers with the same name cannot be put into the same party.
Note:
For more information about summoning, tap Summon on the in-game footer menu, then select Showcase Info and check the Details tab.
Thank you for playing Dragalia Lost!