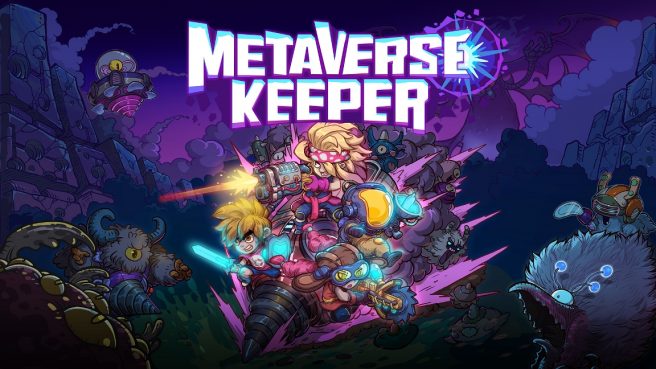 Circle Entertainment and Sparks Games today announced that Metaverse Keeper, a dungeon crawler with roguelike elements, will be appearing on Switch next week. A release is planned for November 12.

We have the following overview and trailer for Metaverse Keeper:

Metaverse Keeper is a dungeon crawler with roguelike elements, where five heroes join forces to save the “Metaverse”!

In Metaverse Keeper you explore randomly-generated worlds, customize your weapons and fight crazy monsters – in solo or co-op mode!

Five unique heroes, each with their own special skills, have been called upon by the mysterious government of the Metaverse.

Long ago, a great cataclysm shook reality and created the Metaverse and its Bastion – a vast and mysterious ship drifting across space-time. Our heroes will board the Bastion with one goal in mind: uncover the secrets behind the cataclysm, stop the Boss, and bring balance back to the Metaverse.

Harness the power of space-time abilities – death becomes a minor setback as our heroes will return again and again until this great evil is defeated. But death has a cost; the chaotic nature of the Metaverse will change the very Bastion itself, and no two attempts will ever be the same.

With so many weapons, enemies and environments to discover, the quest to save the Metaverse is better than ever on Nintendo Switch!