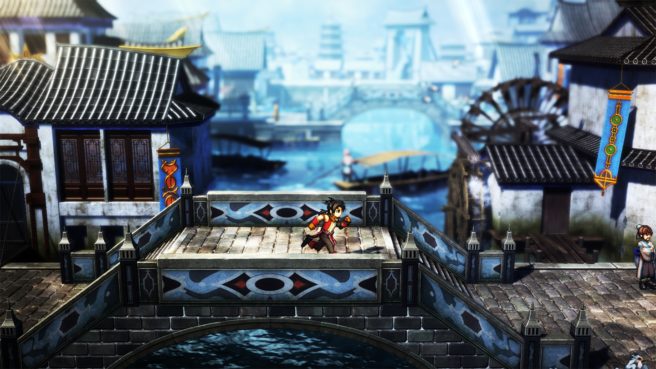 Eiyuden Chronicle, the new RPG from the creators of Suikoden and the just-established Rabbit & Bear Studios, has just launched its Kickstarter campaign.

The main funding goal sits at about $500,000. A console stretch goal awaits at $1 million, which includes support for Nintendo platforms.

Regarding a release on Switch or Nintendo’s successor to the console, Rabbit & Bear Studios states:

The elephant in the room is that while nobody knows what Nintendo’s plans are for when this game releases, in just about every major Japanese game crowdfunding campaign, when a lower spec hardware has been listed on the campaign, it has invariably been too expensive, often times requiring downgrading textures, massive amounts of code rewrites, effectively meaning building two games.

For anyone that has backed one of these campaigns, you obviously know the outcome. These platforms usually get cancelled or dropped from the campaign. So, again, in keeping with 100% transparency for what is an incredibly difficult problem, if the console stretch goal is cleared, we will create a version of the game for Nintendo hardware.

Hopefully, that will be something akin to a Switch 2, allowing for similar quality and gameplay experience across all platforms. In the end, if no such console is announced by the time we need to create new console version branches, we will go through the major challenges of the aforementioned texture changes and code rewrites, or refund any backers who pledged to the platform, if there is absolutely no solution.

You can back Eiyuden Chronicle on Kickstarter here. The campaign will run through the end of August.