ElecHead out on Switch this month 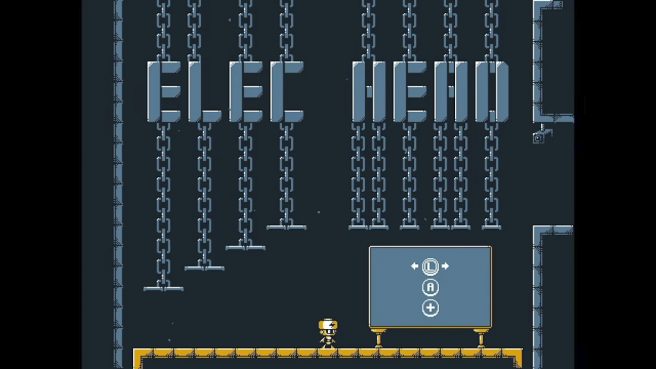 ElecHead has secured a final release date on Switch. The side-scrolling platformer will launch on June 23, 2022, NamaTakahashi announced today.

ElecHead was announced for Switch during the most recent Indie World Showcase. At the time, it had a vague summer release window.

Additional information about the game can be found in the following overview:

In a world enshrouded by darkness, deep inside a factory, the light of hope still shines.
ElecHead has you play as Elec, a small robot on a mission to bring light back to the world.
When Elec touches walls, floors, platforms, switches, and more, he makes electricity run through them, activating them.

He can also detach and throw his head to trigger things remotely, but be careful: if he doesn’t get his head back within ten seconds, he will shut down.

Elec will have to use his head, literally and figuratively, to find a way out of this trap-ridden facility.

・Simple and intuitive controls
・There’s a limited amount of gimmicks, but it’s up to the player to find the different ways to use them to solve puzzles in the different levels
・Minimalist graphics with a retro-feel that lets the player focus on the game mechanics
・Playtime: 2-3 hours, even busy people can play (Hidden rooms or secrets to discover)
・No in-game text or tutorial: can be played by anyone around the globe, intuitive gameplay

In case you missed it previously, we have a trailer for ElecHead below.

ElecHead will be available on the Switch eShop for $9.99.