Elevator…to the Moon! Turbo Champion’s Edition on the way to Switch 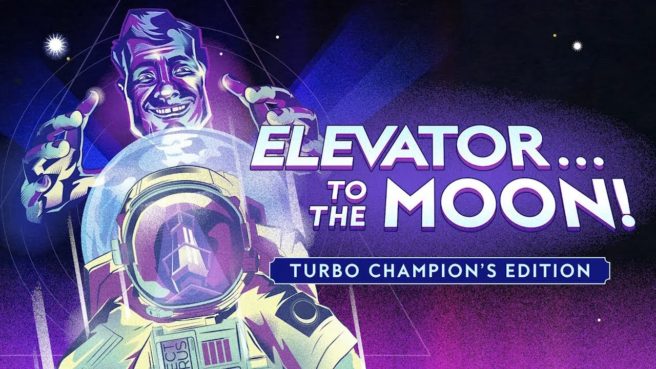 Arcade Distillery and Roccat Games Studio are taking the VR title Elevator…to the Moon! and putting it on the Switch. Releasing as Elevator…to the Moon! Turbo Champion’s Edition, the souped-up version of the “Old-School-Point-and-Click-Narrative-Puzzle-Escape-Room Style Sci-Fi Adventure” will include new motion-based pointer controls and the new ‘Bat Batty Bats’ mini-game.

Here’s some additional details and a trailer:

You are a space cadet, rudely commanded by the President of the World to “Liberate” a Moon Elevator, evoking the wrath of the world’s most powerful AI. Will you crack under pressure trying to hold this broken Space Elevator together?

Obey! The ridiculous demands of President of the World, Doug-Slater Roccmeier, solving head scratching puzzles or…

Disobey! And cause hilarious havoc, or find your own sweet spot. Each way of playing has its own advantages and outcomes as you navigate through a plot with more twists and turns than a twisty-turny thing! It’s up to you, intrepid elevator person, to blaze your own altitudinal path…to the moon!

A release date for Elevator…to the Moon! Turbo Champion’s Edition has yet to be announced.