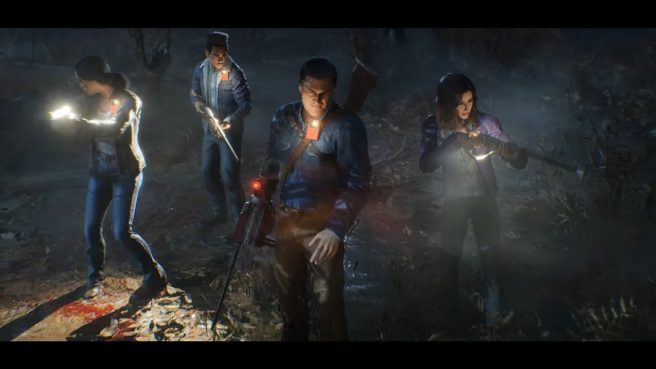 When Evil Dead: The Game was announced for Switch at the end of 2020, it was planned for release the following year. However, it was delayed to February 2022 last August. There was then another delay just a few weeks ago with the game moving to May.

It now seems that Evil Dead: The Game has been pushed back even further, but only on Switch. Publisher Saber Interactive and Boss Team Games shared the latest information today, stating that while it’s arriving on May 13 for PlayStation 5, PlayStation 4, Xbox Series X / S, Xbox One, and PC, the title “is scheduled for release on Nintendo Switch in the future.”

Here’s the latest on Evil Dead: The Game:

Evil Dead: The Game is the ultimate multiplayer experience… and it’s groovy!

Step into the shoes of Ash Williams or his friends from the iconic Evil Dead franchise and work together in a game loaded with over-the-top cooperative and player-versus-player multiplayer action! Play as a team of four survivors, exploring, looting, managing your fear, and finding key items to seal the breach between worlds in a game inspired by all three original Evil Dead films as well as the Starz original Ash vs. Evil Dead television series.

We’ve included a new Evil Dead: The Game trailer below. When we have a specific release date for Switch, we’ll give you a heads up.