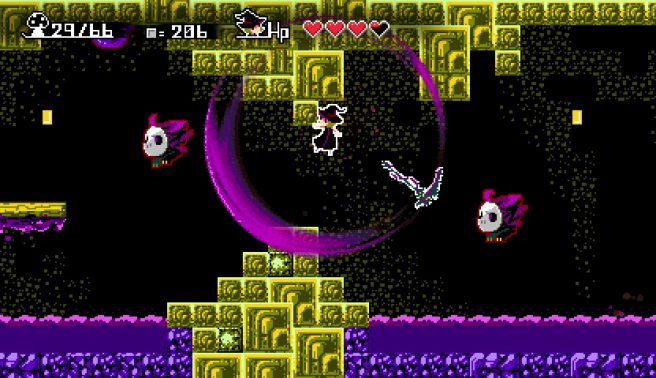 Playism and Gotcha Gotcha Games are bringing The Witch & The 66 Mushrooms to Switch. We don’t have a confirmed date yet for the exploration-style 2D action-adventure game is out on Steam today, so it’s possible that it’ll be on Nintendo’s console very soon.

Here’s some information about The Witch & The 66 Mushrooms as well as a trailer:

A young girl equipped with a magical hat must take on the “Witch’s Labyrinth” in order to take back her brother’s body, stolen by the Witch.

This is an exploration-style 2D action-adventure game in which you’ll make use of a variety of weapons as you traverse sprawling stages.

The game was developed using Pixel Game Maker MV, software with which anyone can easily make their very own action games.

Game Features
– Decimate your enemies with all sorts of weapon attacks, including knives, swords, hammers, and more!
– Explore the huge, sprawling stages and unlock all the various maps!
– Find all the hidden mushrooms! Some mushrooms only appear once certain conditions have been fulfilled!
– Enjoy awesome graphics utilizing the Pixel Game Maker MV particle feature!

The Witch & The 66 Mushrooms will be offered digitally for Switch via the eShop.