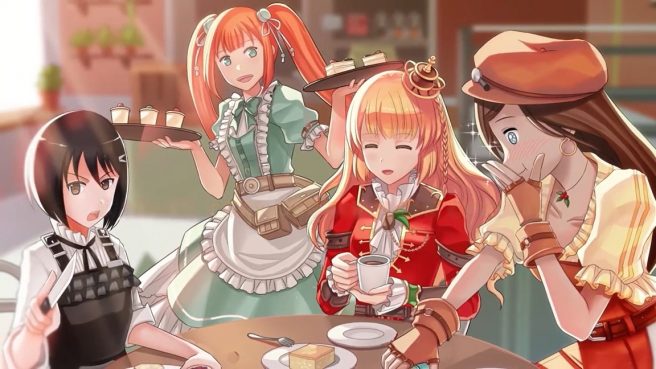 Today, publisher Ratalaika Games and developer Kikai Digital announced that Caffeine: Victoria’s Legacy will soon be available for Switch. The title is scheduled to launch on September 30, 2022.

Caffeine: Victoria’s Legacy is a fantasy visual novel set in a punk cyber Victorian alternative reality “where coffee is all that matters”. Read more about it below.

The backdrop story and focus to Caffeine: Victoria’s Legacy is about Taka, who, while trying to investigate the whereabouts of his mother, is mysteriously sent to a parallel world where caffeine has magical powers and technological advancement is set still at the age of steam. Taka has lost all memories of his past and his only memory is a little coffee house in the corner of an alley, where his parents happily brewed coffee and served customers from all walks of life. Whilst on a plane journey to his mum’s homeland, he mysteriously falls off the plane and finds himself in the city of Victoria, staring at a coffee house named ‘Taka Coffee House’, the same coffee house that he remembered so fondly during his childhood…

Caffeine: Victoria’s Legacy is an exciting visual novel where you have to make choices along the way to uncover the true mystery behind Taka’s history and the workings of this world. Depending on the choices you make throughout the game, you may reach the individual good and bad endings for each of the 4 romanceable characters. After completing their routes, the true ending will unlock which goes on to uncover the secrets behind the whole story. With its unique story full of plot twists and intricate world building, those who stay till the end of the journey will be rewarded handsomely.

When caffeine is consumed, it gives the drinker powers which they call ‘Caffeine’. This makes coffee beans and other caffeinated products like tea a valuable commodity, making the city which Taka ends up in one of the richest in the world. But as the story progresses, it’s also pointed out that with new technological advancements coming up, the appeal of caffeine will diminish and thus there is a danger that those who rely on caffeine powers will become irrelevant.

And here’s a trailer for the title: