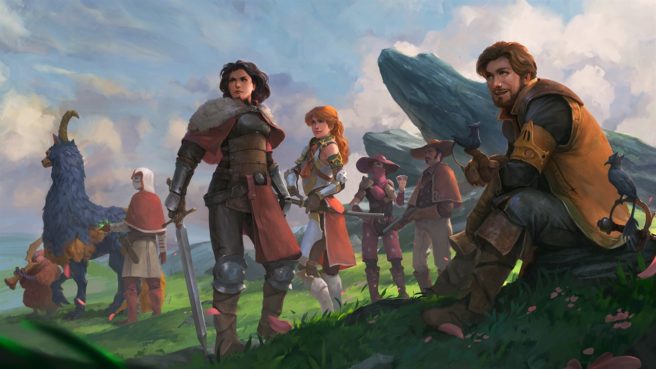 The tactical fantasy game Fell Seal: Arbiter’s Mark is heading to Switch, 1C Entertainment and 6 Eyes Studios have announced. A release is planned through the eShop on August 14.

Here’s an overview of Fell Seal: Arbiter’s Mark, along with a trailer:

Fell Seal: Arbiter’s Mark takes you to the world of Teora, a land once ravaged by a brutal beast bent on destruction. Teora narrowly escaped its dire fate thanks to the Council of Immortals, who now rule the land through their mortal agents, the Arbiters. The Council and their Arbiters keep the peace by enforcing stability and order… but at what cost? Step into the boots of Kyrie, an Arbiter that sets out on an adventure to protect the land and uncover centuries-old secrets that could shake the very foundation of everything her order stands for.

Experience an epic and mature story, unfolding through over 40 story encounters and topped with challenging end-game content.
Classic tactical battles, with rugged terrain and elevation, taking place on beautiful hand-drawn environments.
A deep and complex class system with over 30 classes and 300 abilities lets you truly customize every one of your characters through the selection of their class, sub-class and passives. Carefully craft the character you envision, be it a versatile generalist, a dedicated spell-caster or a mighty foe-crushing specialist!
Customize your troops’ appearance your way, by selecting their portrait, outfit, colors and overall visuals from a wide selection.
Equip your army with over 240 pieces of equipment, either purchased, gathered from fallen enemies or created from crafting.