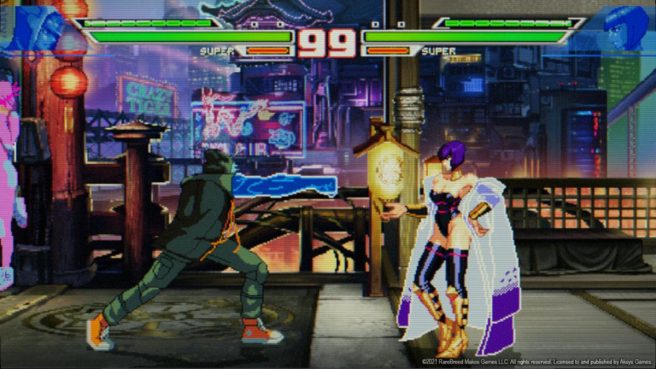 Blazing Strike features a four-button system with six normal attacks: light, medium and heavy punches and kicks, as well as three defense moves: block, guard and parry. A Rush Trigger enables fighters to execute fast-paced attacks and movements, but using it will slowly drain the Rush Meter, sending the character into a temporary groggy state. This allows players to execute exciting combos while having to manage the Rush Meter. The game will include three play modes: Story Mode, Arcade Mode, and VS Mode, with training, sparring, and online match via Persona AI, and online play powered by GGPO.

We have the first handful of Blazing Strike screenshots below.