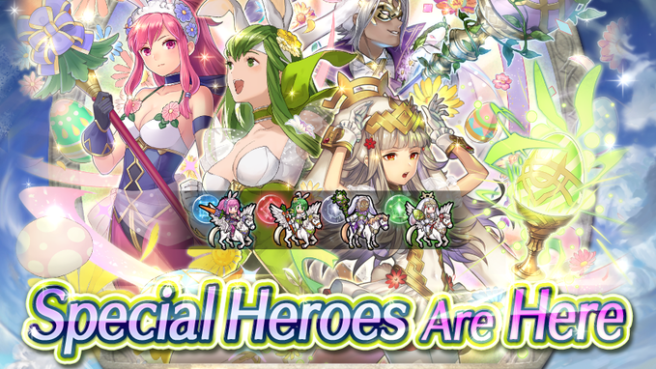 Fire Emblem Heroes has just dropped its Summoning Event for “Regal Rabbits,” which brings back four special variants of heroes in bunny costumes. The first summon for this event will not cost any orbs.

Additionally, the Fire Emblem Heroes Twitter page announced that it will be conducting maintenance in preparation for its April update. The maintenance will prohibit anyone from accessing the game and will last from 4 PM and 8 PM PT on March 30.