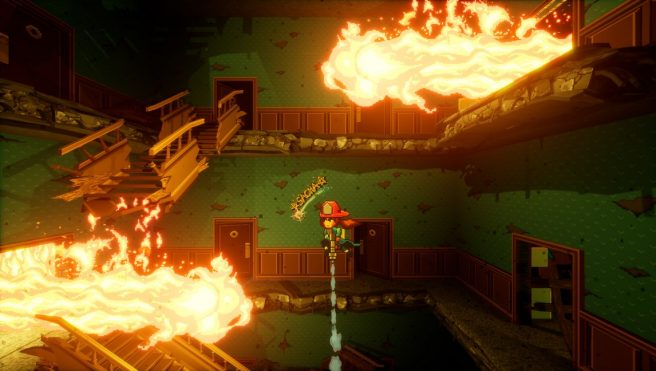 Firegirl: Hack ‘n Splash Rescue, which was just given a December release date on Switch at the start of October, has now been delayed. Thunderful Publishing and developer Dejima have confirmed that the roguelite indie firefighter is being moved back on all consoles, including Switch. It will now launch in 2022.

“We’re of course disappointed that we have to delay Firegirl: Hack ‘n Splash Rescue’s release on consoles, but it’s important to us to deliver a quality title to console players and delaying those versions until 2022 is what we had to do to achieve that. We’re really excited to be releasing the game on PC on December 14th and hope players will enjoy checking out our latest developer commentary for a sneak peak at what’s coming, look forward to another video soon!”

On the topic of developer commentary, you can find a new video below in which Dejima provides a deep dive into Firegirl’s core mechanics and its gameplay.

We’ll let you know as soon as we have a new release date for Firegirl: Hack ‘n Splash Rescue.