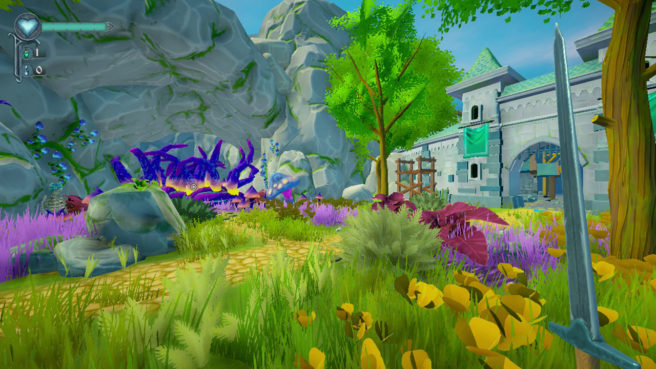 9 Eyes Game Studio’ first-person action-adventure game Mask of Mists is making its way to Switch courtesy of Sometimes You, an eShop listing reveals. A release is scheduled for September 2.

Here’s an overview of Mask of Mists, along with a trailer:

Mask of Mists is an action-adventure game in a first-person view in which you are immersed in exploring the world full of magic and secrets!

In this game, you are a mercenary who was assigned to find a missing person. One of the Archmages of the Academy broke the communication when he was conducting his research in the depths of the Infected Territory. At one time this area had been exposed to the monstrous amount of magic, and it is filled now with creatures of the Abyss. Go on the trail of the missing Archmage and plunge into the atmosphere of an adventure full of magic and dangers!

Features:
– Explore ancient ruins, mysterious caves and abandoned houses;
– Fight with magical creatures;
– Collect items and use them to solve puzzles;
– Create alchemical potions from the magic plants you found;
– Open the passageway between the worlds and find the legendary artifact!

We also have some footage: