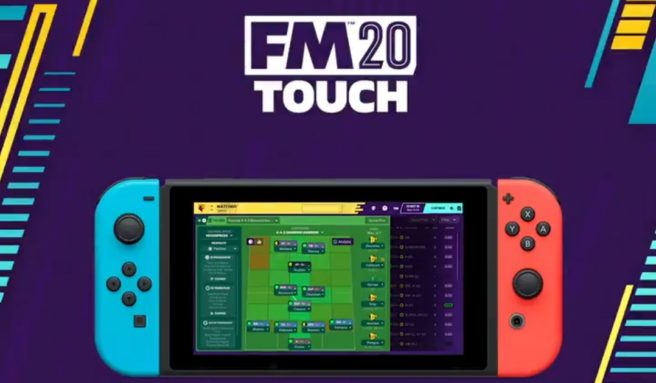 Football Manager 2020 Touch will release on Switch next week, according to the series’ official Twitter account. The game’s launch is scheduled for December 10.

In Football Manager 2020 Touch you’ll speed through the seasons, skipping the pre-match proceedings and media circus to focus your attention on the core elements; squad building, tactics and Match Day.

Even Match Days can be fast-tracked with an ‘Instant Result’ feature that accelerates your climb up the table, leaving you plenty of time to tinker and tweak in-between.

Whilst you’re trading depth for speed, you won’t lose any detail, as Touch packs the full power of Football Manager’s world-renowned database which has:

The wonderkids are all there – you just don’t have to wait as long to see them reach their potential.
Development Centre

Take full control of your youth team operations in a new all-encompassing hub. Nurture your young stars from the moment they arrive until they’re ready for first-team action.
Revamped Contract Negotiations

A new interface makes negotiating contracts quicker and easier than ever and new playing time terminology gives you a clearer idea of how often players expect to be playing and whether you are meeting their expectations.
Club Vision

Develop a culture, work with the board to achieve ongoing objectives and plot a course for your club to progress in seasons to come.
Improved Graphics

Guarantee an extremely talented crop of youngers coming through at the same time with the new Golden Generation unlockable or transfer the player of your dreams directly to your club with the Dream Transfer consumable.