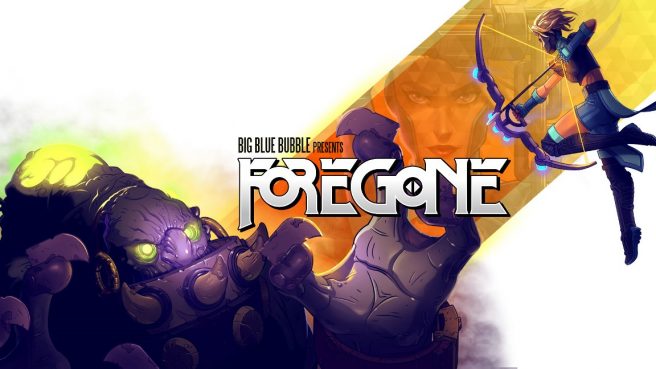 A notable update has gone live for Foregone on Switch. The action-platformer is now at version 1.1, bringing along “a wide variety of new content and gameplay enhancements to the world of Calagan”.

New Weapons to Collect and Upgrade

The Warscythe
Sleek and punishing, the Warscythe is a devastating weapon to unleash when surrounded on all sides. Its long reach and swift striking ability make it the perfect addition to player’s arsenals who like to charge headfirst into battle.

Shock Pistol
Why eliminate one enemy with a single bullet when you can eliminate three? Through the POWER OF SCIENCE, now you can unleash the electric potential of the Shock Pistol and chain together single shots into devastating multi-hits.

Inherent Mod: Each shot arcs to nearby enemies

New Side Missions to Discover and Complete

Throughout the world of Calagan you will now encounter hidden distress beacons. Once discovered, you’ll be able to access a series of new side missions from a new NPC, The Dispatcher, in the Outpost.

There are three different categories of side missions to complete:

As a reward for completing these side missions, you’ll receive a plethora of currency, a shiny new item, and be able to visit the all-new Warsmith.

Upon completing the trials found within the new side missions, you’ll encounter the Warsmith. Visit this new NPC armed with your favourite weapon to re-roll one of the perks on the weapon.

When rerolling weapon perks, you’ll be presented with 3 alternate perks to bind with the weapon. Choose wisely as the first re-roll is free of charge as a reward for your challenge completion, but be warned the price for each future roll increases.

What’s an update without more boss battles to test your might? And test your might you will as you’ll encounter four new boss encounters against your corrupted frenemy, The Warden…

We hope you enjoy exploring, collecting, and defeating all the new goodies in this free update.

Watch a trailer for Foregone version 1.1 below.