Freddy Spaghetti 2 out on Switch this week 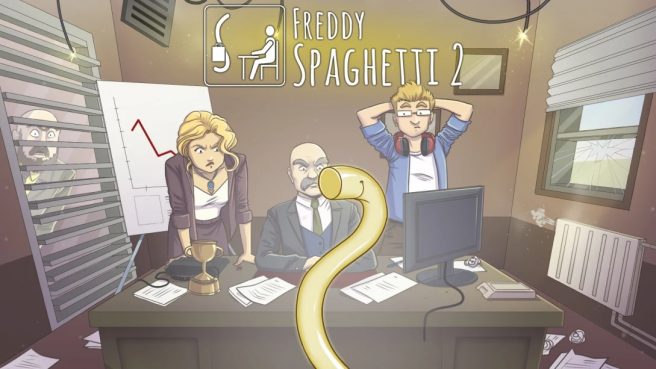 The first Freddy Spaghetti came to Switch at the very end of 2020. Ratalaika Games and Playful Pasta are now following up with a sequel, the aptly-named Freddy Spaghetti 2. It will be available on July 23.

Thanks to Ratalaika Games, we have the following overview and trailer:

Freddy 2.0 is here! Freddy is spaghetti. Oh, and conscious.

Freddy 2.0 has got a job! The story starts as you plunge headfirst into the workplace.
Overcome the environment, master your spaghetti and run to the coffee machine!

Don’t be late on your first day!