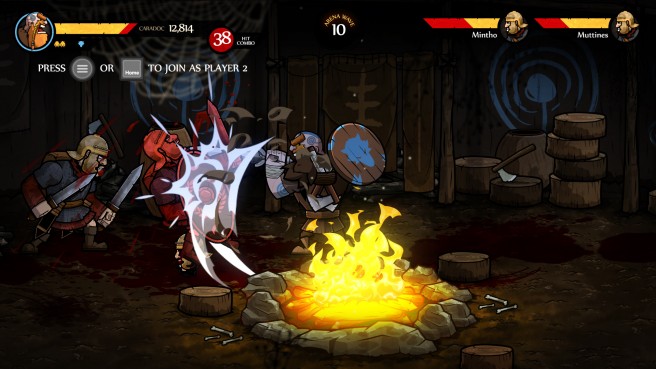 We’re learning the hard way that we really are on our own with this game and we’re really, really going to need to hit every system we can do. Our loose plan is Xbox One and PC first – as that’s what’s realistic – and then hopefully PS4 and Wii U after that.

The guys [at Darkwind] already spoke to Nintendo at a Unity conference earlier in the year. The Wii U is on the radar.

Wulverblade has massive sprites which suck up huge amounts of the stuff, but as the Xbox One has 8GB, it’s got more than we need. The Wii U has notably less and is going to require some serious reworking of the visuals and overall optimising. The reason we have them so large is so that we can zoom in close during cut scenes and not lose any of the ultra-sharp quality. It saves us creating fresh assets for every character in every cut scene.

So the Wii U version will be time intensive for us hence the financial impact is larger. The PS4 translation is easy due to its power, but the huge upfront cash outlay is the issue. We want to bring Wulverblade to the Wii U, but to match the 60fps 1080p richness we enjoy on the Xbox One, we have some technical hurdles to leap – and the incurred costs to a small team – to do so.