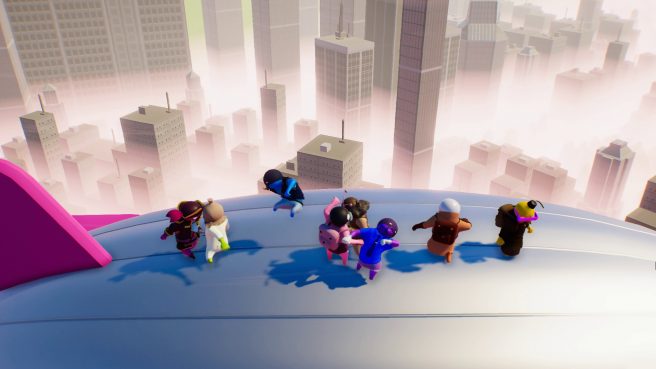 Gang Beasts, a multiplayer party game from developer Boneloaf, is about to make its debut on Switch and we now have some gameplay. 20 minutes of footage has come in.

We have the following overview for Gang Beasts:

Get a look at the Gang Beasts Switch gameplay in the video below.

Gang Beasts launches for Switch tomorrow, October 12, as an eShop download. A physical version will follow on December 7.

For more on Gang Beasts, head on over to the official website here.