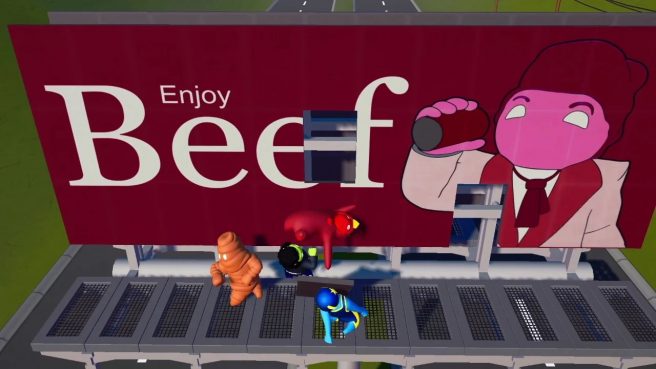 The Switch release of Gang Beasts has been pushed back, but thankfully only slightly. It’s now planned for October 12. The previous release date was tomorrow, October 7.

Gang Beasts was previously announced for Switch during an Indie World Showcase back in August.

The reasoning behind the Gang Beasts Switch release delay isn’t quite clear. Boneloaf says it encountered “an unforeseen beef-jam” and apologized to the community for the few extra days of waiting time.

For more on Gang Beasts, check out the following overview:

Gang Beasts will initially be sold digitally for Switch via the eShop. Expect a physical version to follow on December 7 at all major retailers.

You can keep further track of Gang Beasts by visiting the official website here.