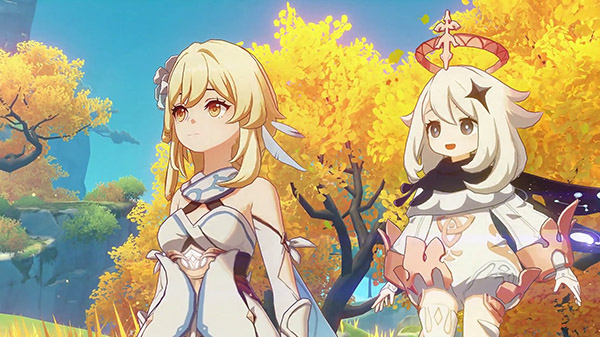 Previously announced for PlayStation 4, PC, iOS, and Android, developer miHoYo has announced that Genshin Impact will be coming to Switch. Moving from a Spring 2020 release date to a “TBA,” the Switch announcement comes alongside an overview and trailer for the title.

Genshin Impact, as an open-world action RPG title, set in the fantasy world of Teyvat, which offers a freely—explorable world, multiple characters, an in-depth elemental combo—based combat system and an engaging story. A mysterious figure referred to as “The Traveler,” players will embark on a journey of finding their long-lost sibling to piece together their own mystery, while revealing Teyvat’s numerous secrets. Joined by a lively companion called Paimon, players will explore the land filled with varied landscapes, culturally—diverse towns, and treacherous dungeons. By mastering the power of the seven elements with a custom party of up to 4 characters, players will overcome merciless foes and fiendish puzzles.

Genshin Impact previously locked down its availabilities for PlayStation 4, PC, and mobile platforms and now, Nintendo Switch has been added to this title’s chart of releasing platform in the future, releasing regions and schedules will be announced in future updates.