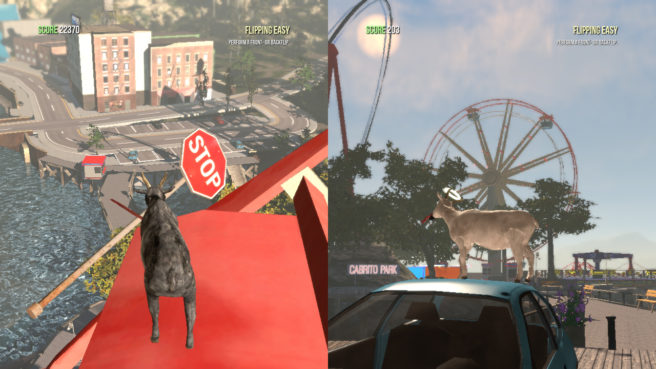 Goat Simulator: The GOATY has been announced for Switch – and it’s launching sooner than you might think. Indeed: the game arrives on the eShop today.

Here’s an overview for the simulation title:

Goat Simulator is all about causing as much destruction as you possibly can as a goat. It has been compared to an old-school skating game, except instead of being a skater, you’re a goat, and instead of doing tricks, you wreck stuff. Destroy things with style and you’ll earn even more points!