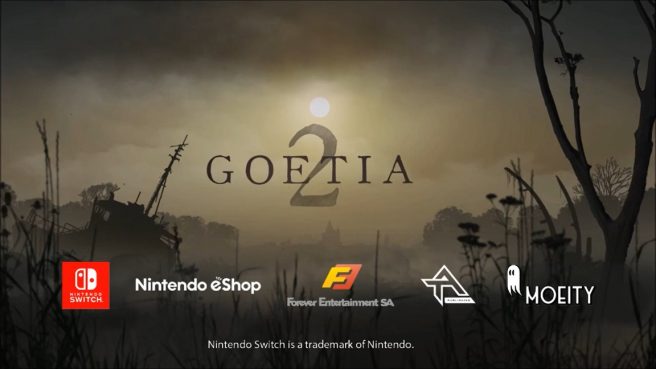 Gameplay for Goetia 2, Forever Entertainment’s sequel puzzle adventure game, has surfaced as the game launches today on the Switch eShop. Over 25 minutes are available.

For more information on the game and the gameplay footage, check out the following overview:

Without any inventory, the player has to solve puzzles to make their way in this world, gathering information and fundamental elements to get their soul back into the body, using only the power of possession they received as a pure soul.

Two lovers, Daphné and Luca, decided on a short break in Venice, Italy. Shortly after arriving at the apartment they rented, they are suddenly pulled apart, tricked by a demon called Buer. Awaken as a pure soul in a twisted world he doesn’t understand, Luca is trapped in the reality of a demon with ulterior motives. Without body, pockets; or inventory. He will have to find his way back to Daphné and his own human form, solving puzzles and using whatever he can to get back to his life: notes, books, spirits he will encounter, decor, and even Buer’s (partial) information.

• Different powers to unlock with puzzles, including the Power of Possession

• 5 areas to explore in a non-linear way

• Brand new story and characters… and maybe some you already met in Goetia!