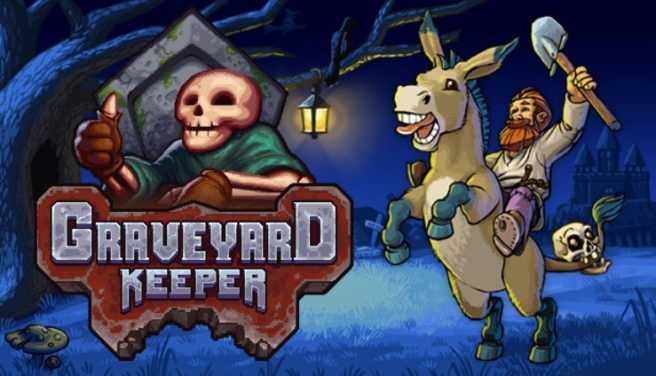 Graveyard Keeper will release for Switch on June 27, publisher tinyBuild has announced. The game will be sold via the eShop.

Here’s an overview of Graveyard Keeper, along with a trailer:

Expand a medieval cemetery into a thriving business, whatever it takes!

Graveyard Keeper is the most inaccurate medieval cemetery management sim of the year. Build & manage your own graveyard while finding shortcuts to cut costs, expand into entertainment with witch-burning festivals, and scare nearby villagers into attending church. This is a game of capitalism and doing whatever it takes to build a thriving business.

Face ethical dilemmas. Do you really want to spend money on that proper hotdog meat for the festival when you have so many resources lying around?

Make business alliances. These dead bodies don’t need all that blood, do they? Why not sell it to someone who can put it to good use. Same for body parts. Hey, it’s being efficient with recycling!

Explore mysterious dungeons. No medieval game would be complete without these. Take a trip into the unknown and find useful new ingredients which may or may not poison a whole bunch of nearby villagers. Capitalism.